From the age of 13, Simon Broadribb knew what he wanted to become. A butcher. And not just any butcher - an award winning butcher! Growing up in a family of poulterers and fishmongers whose tradition goes back to the 19th century, Simon's childhood dream came true in 1994 when he took over Uptons of Bassett butchers in Southampton, Hampshire.

Pioneering a spirit of traditional quality with a commitment to fulfilling modern animal welfare concerns has helped make Uptons of Bassett one of the premier butchers in the south, supplying not only an eager public but hotels and restaurants too.

Awards
Unsurprisingly, Uptons of Bassett are regularly recognised in national and regional competitions. Many of the winning products use methods handed down from generous past, skilfully brought up to date by Simon and his dedicated team. Home smoked products are a fine example of this and Upton's smoked bacon has won a Gold Award in the great Taste Awards for three years in succession - a feat not yet matched by anyone else.

Uptons of Bassett has also been voted Best Butchers Shop in the South West and one of the top five in England. Their expertise is recognised locally too, being crowned Supreme Champion of Hampshire and Isle of Wight for their smoked chicken fillets. And if all that wasn't enough, look out for his entry in Rick Stein's book "A Guide to the Food Heroes of Britain".

Local ethically sourced meat
Sourcing the best quality breeds, with an emphasis on local, free range products ensures meat from Uptons of Bassett not only tastes outstanding, but answers health and animal welfare concerns too.

To find out more about Uptons of Basset butchers, we look forward to welcoming you in  our shop in Southampton. 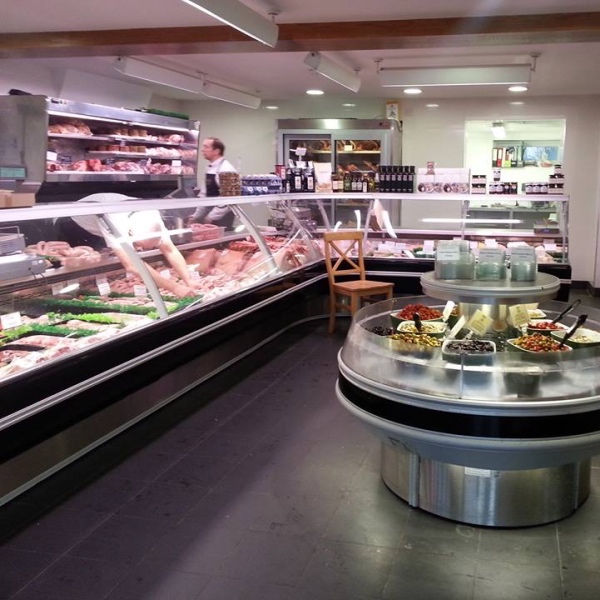 To discuss your Requirements call now: